This is an accordion element with a series of buttons that open and close related content panels.

1848
Wisconsin enters the Union as the 30th state, and the University of Wisconsin is founded.

1849
Board of Regents deem it “expedient and important” to begin the formation of a “cabinet of natural history,” initially undertaken by Mr. Horace A. Tenney of Madison.

1849
Increase A. Lapham of Milwaukee donates a box of specimens for proposed “cabinet” of University of Wisconsin and proposes “to present the University a pretty extensive Herbarium ..about one thousand or fifteen hundred species – embracing nearly all those heretofore found in Wisconsin, together with others from the United States, and from Europe..”.

1876
Legislature provides funds to purchase the library and natural history collections of the recently deceased I.A. Lapham. “In this newly purchased Lapham Cabinet there was said to be an herbarium of 20,000 specimens.”

1884
William Trelease (curator, 1881-1885) reports “The University herbarium, which is located in the room devoted to my original work [South Hall], is based on the Lapham herbarium estimated to contain between 10 and 12 thousand species, which has been thoroughly poisoned and is being properly mounted as rapidly as possible. Since it came into my charge it has been augmented by donations . . . and by between 3 to 5 thousand specimens from Professor’s Henry’s herbarium and my own.”

1887-1888
Herbarium, now transferred to the Science Hall (newly renovated after the fire of 1884), is described as chiefly composed of the Lapham Herbarium purchased by the state and said to contain about 8,000 species of flowering plants.

1925-1954
Norman C. Fassett, dedicated taxonomist and phytogeographer, energetic conservationist and teacher, serves as Professor of Botany and Curator of Herbarium (1937-1954). Total collections grow to over 380,000 specimens, including over 28,000 of Fassett’s own.  These acquisitions and Fassett’s publications establish the UW Herbarium as the focus of botanical research on the Wisconsin flora, and the world’s largest collection of Wisconsin plants.

1927
Levi M. Umbach’s private herbarium (100,000 specimens, half of these mounted) is purchased for $800. These collections include a rich representation of species from Lake Michigan dunes in Indiana and Illinois, habitats now almost completely lost.

1954-1996
Hugh H. Iltis serves as Professor of Botany and Director of the Herbarium (Emeritus since 1993, and Acting Director 1993-1996). Celebrated botanist and environmentalist, he devoted his life to the study of the Wisconsin flora, Neotropical representatives of the families Capparaceae and Cleomaceae, and the evolution of maize (Zea). Collections of the UW Herbarium increase from 195,600 to over 670,000 vascular plant specimens (including ca. 40,000 of Iltis’ own numbers), growing not only in size, but also in geographic scope to become one of the world’s great herbaria.

1966
George B. van Schaack’s private herbarium (2800+ specimens) donated. Herbarium consisted mostly of New World Poaceae, either collected by Van Schaack or received by him from other institutions.

1982
Milton College (MCW), Milton, Wisconsin, herbarium (3000+ specimens) donated. Herbarium was assembled by S. H. Watson and T. J. Hale in the 1860’s and contained many species now rare or extinct in Wisconsin, as well as material they had received from other institutions and collectors of that time.

1985-1986
Hebarium purchases a major portion of the Langlois Herbarium (LCU) of the Catholic University of America; these 57,440 specimens (25 bryophytes, 30 quillworts, and 57,385 phanerogams) are integrated  into the collections.

1994
Dr. Vern McNeilus, of Knoxville, TN, donates his private herbarium (8000+ specimens of Cyperaceae), mostly from the New World with an emphasis on North America.

1992-1994
Herbarium begins to use electronic databases for loan and exchange records, and to develop a database of specimens.

1998 – 2005
Paul E. Berry, specialist in Croton, Euphorbia and Fuchsia, serves as Director of Herbarium and Associate Professor of Botany.  Dr. Berry obtains external funding to address the problem of space, upgrade the physical facilities, and improve the efficiency of research and services.

1998 – 2005
Paul E. Berry, specialist in Croton, Euphorbia and Fuchsia, serves as Director of Herbarium and Associate Professor of Botany.  Dr. Berry obtains external funding to address the problem of space, upgrade the physical facilities, and improve the efficiency of research and services.

2001
Checklist of the Vascular Flora of Wisconsin is published in hardcopy and on the World Wide Web.

2002
MAD collections transfered to WIS from Forest Products Laboratory, USDA, and compactorization of these collections through NSF facilities improvement grant.

2005
Herbarium Library relocated and compactorized with assistance from UW Libraries. 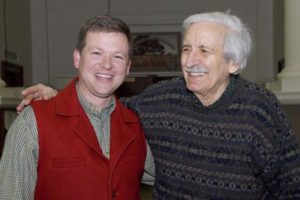 Kenneth M. Cameron, Orchidaceae specialist, hired from the New York Botanical Garden to become Director of the Herbarium and Professor of Botany.

2009
WIS digitizes its entire Type collection with support from the Andrew W. Mellon Foundation and JSTOR.