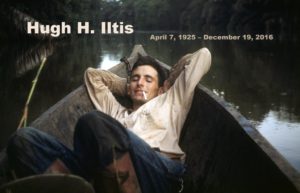 We were saddened to learn of the passing of Emeritus Professor of Botany and long-time Director of the Herbarium, Dr. Hugh H. Iltis, who died on Monday, Dec. 19, 2016. He was 91. Born on 7 April 1925, in Brno, Czechoslovakia, he became a US citizen in 1944. Dr. Iltis attended the University of Tennessee and Washington University, taught at the University of Arkansas, and came to the University of Wisconsin-Madison as an Assistant Professor and Curator in 1955. A plant taxonomist and biogeographer, he studied the floras of Wisconsin and western Mexico and the classification and evolution of Cleomaceae, Capparaceae, and Zea (maize).

Dr. Iltis was a pioneer in advocating for conservation and environmental preservation and a tireless promoter of human ecology (“man’s need for nature”) and the preservation of genetic diversity in indigenous crops and their ancestral species. He exemplified the best of an environmentally, socially, and politically aware citizen and scientist, and he will be missed.